Nintendo Has Released a First Look at Dr. Doom in MARVEL ULTIMATE ALLIANCE 3: THE BLACK ORDER

Nintendo has revealed first details on the next Marvel Ultimate Alliance 3: The Black Order DLC — titled Fantastic Four: Shadow of Doom — and chances are that fans of the villainous ruler of Latveria will be happy with his in-game portrayal.

The Japanese company has released a brand-new Fantastic Four-themed artwork for the game's final DLC, putting the spotlight on the one and only Dr. Doom. While the actual content's quality remains a big unknown, there's no denying that Team Ninja has done a good job capturing the essence of Victor von Doom — even if his mask is a bit too Ultron-y for some comic book enthusiasts.

Marvel Ultimate Alliance 3: The Black Order - Fantastic Four: Shadow of Doom will be released this spring.

Owners of the game can purchase the Expansion Pass — priced at $19.99 — to receive all of the post-launch content, which also includes the Marvel Knights: Curse of the Vampire and X-Men: Rise of the Phoenix DLC.

Considering that Nintendo is getting ready to share more information on the acclaimed hack'n'slash's last expansion, we should learn a whole lot more about Shadow of Doom in the weeks ahead. In the meantime, be sure to take a closer look at the villain himself in the wonderful promotional artwork down below:

Are you ready to stop Doctor Doom from unleashing cosmic chaos? MARVEL ULTIMATE ALLIANCE 3: The Black Order DLC Pack 3 - Fantastic Four: Shadow of Doom is arriving Spring 2020, but check out a quick glimpse of Doctor Doom himself. Keep an eye out for more DLC Pack 3 news! #MUA3 pic.twitter.com/Of3MYiMS61 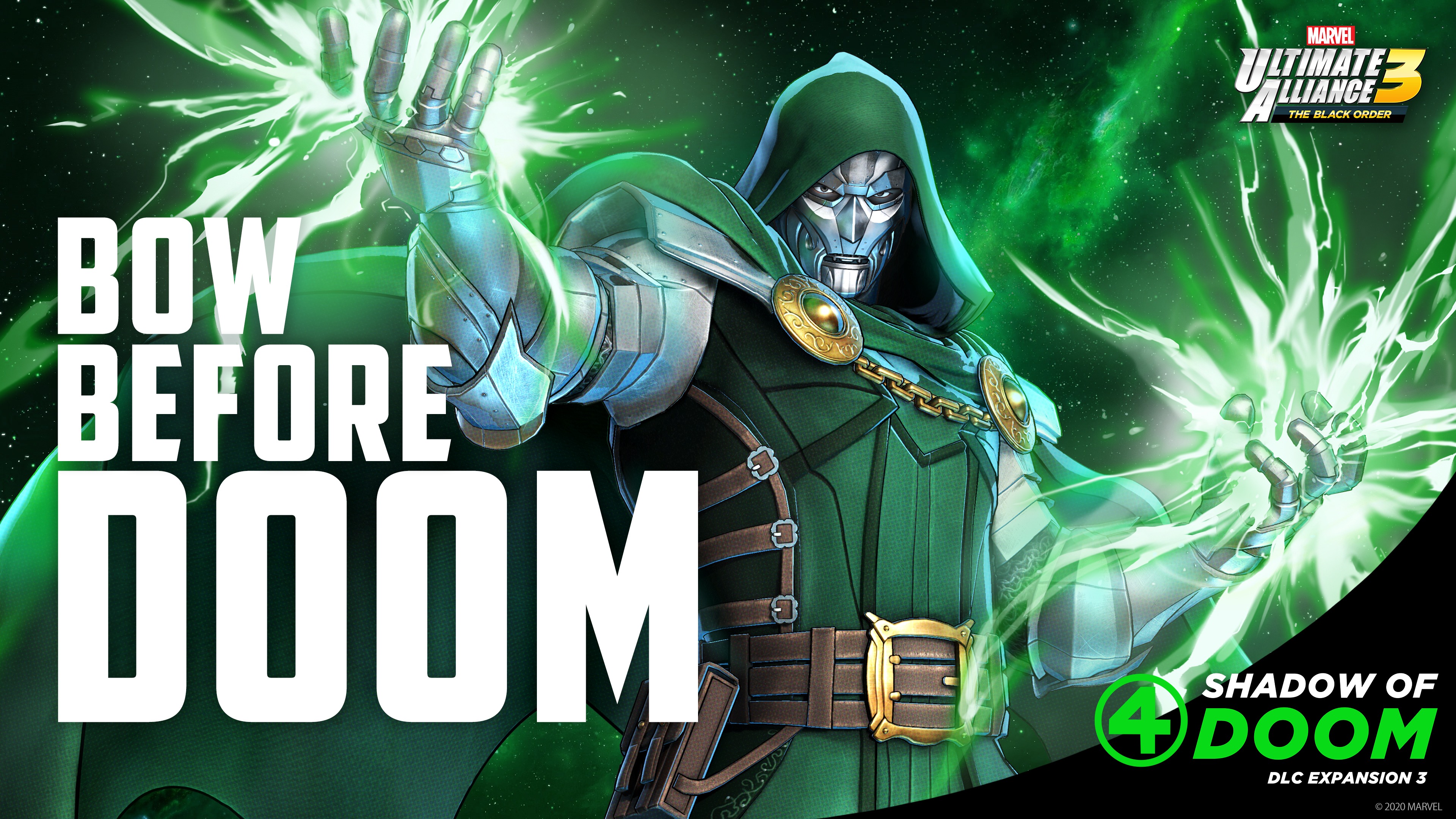