Cyberpunk 2077 and Dying Light 2 are not the only big-budget video games coming from Poland that will hit stores later this year, with the team at People Can Fly finally getting ready to share more details on the Square Enix-published Outriders.

It seems that February will belong to Outriders when it comes to the sheer number of various publications related to People Can Fly's next big thing. If you're not familiar with the developer, the Warsaw-based studio gave us Painkiller, Bulletstorm, Gears of War: Judgment, and also helped Epic Games make Fortnite.

While Outriders is on the way to PC, PlayStation 4 and Xbox One, it will also be released on PS5 and XSX.

Game Informer has revealed an intriguing cover art for the magazine's most recent issue, focusing on the Trickster, Pyromancer, and Devastator — the three main classes that will be available in Outriders at launch.

According to Game Informer, Outriders is "taking a solid shooter framework and adding deep RPG systems, an engaging storyline, and loads of powerful (and occasionally bizarre) loot." While we're patiently waiting for more information on Outriders, be sure to take a look at the cover art down below: 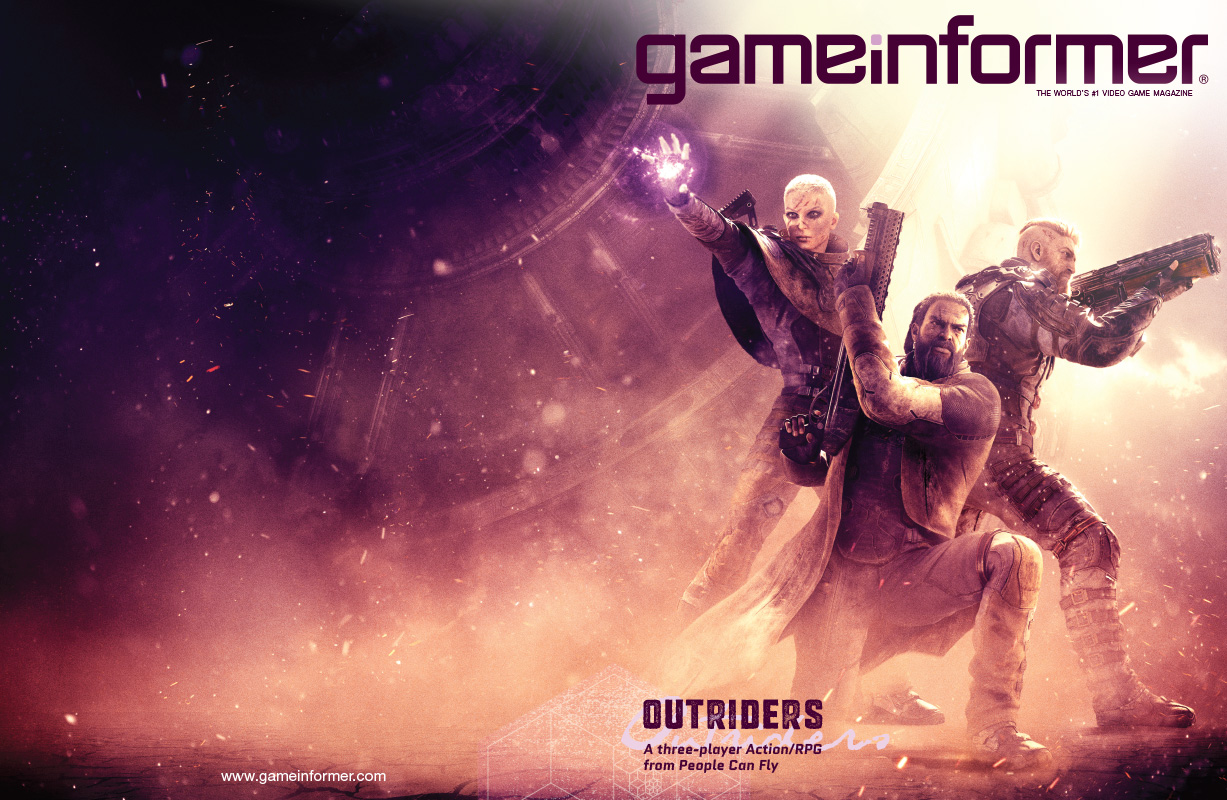 OUTRIDERS is a 1-3 player co-op RPG shooter set in an original, dark and desperate sci-fi universe. As mankind bleeds out in the trenches of Enoch, you’ll create your own Outrider and embark on a journey across the hostile planet. With rich storytelling spanning a diverse world, you’ll leave behind the slums and shanty towns of the First City and traverse forests, mountains and desert in the pursuit of a mysterious signal. Combining intense gunplay with violent powers and an arsenal of increasingly twisted weaponry and gear-sets, Outriders offers countless hours of gameplay from one of the finest shooter developers in the industry – People Can Fly.

Outriders is coming to PlayStation 4, PlayStation 5, Xbox One, Xbox Series X and PC (via Steam) Holiday 2020.

OUTRIDERS Gets February 2021 Release Date; Will Support Cross-Play on All Platforms

OUTRIDERS Gets February 2021 Release Date; Will Support Cross-Play on All Platforms