Last year's Marvel Ultimate Alliance 3: The Black Order will get a whole lot bigger soon, as the highly anticipated Fantastic Four: Shadow of Doom expansion will introduce Nintendo Switch players to Marvel's First Family (and its biggest villain) this March.

Fantastic Four: Shadow of Doom will officially launch on the 26th of March, with Mr. Fantastic, Human Torch, Invisible Woman and The Thing finally joining the ever-expanding alliance to take on "the man in the iron mask himself, Doctor Doom."

As a reminder, two previously released Black Order expansions — Marvel Knights: Curse of the Vampire and X-Men: Rise of the Phoenix — are included in the game's Season Pass (priced at $19.99) that will also grant you access to the game's final DLC, Shadow of Doom.

With Fantastic Four: Shadow of Doom releasing at the end of next month, we will definitely learn more about the DLC in the weeks leading up to the pack's debut.

To make the wait easier, Nintendo has released yet another artwork for Shadow of Doom, so waste no time and check it out down below: 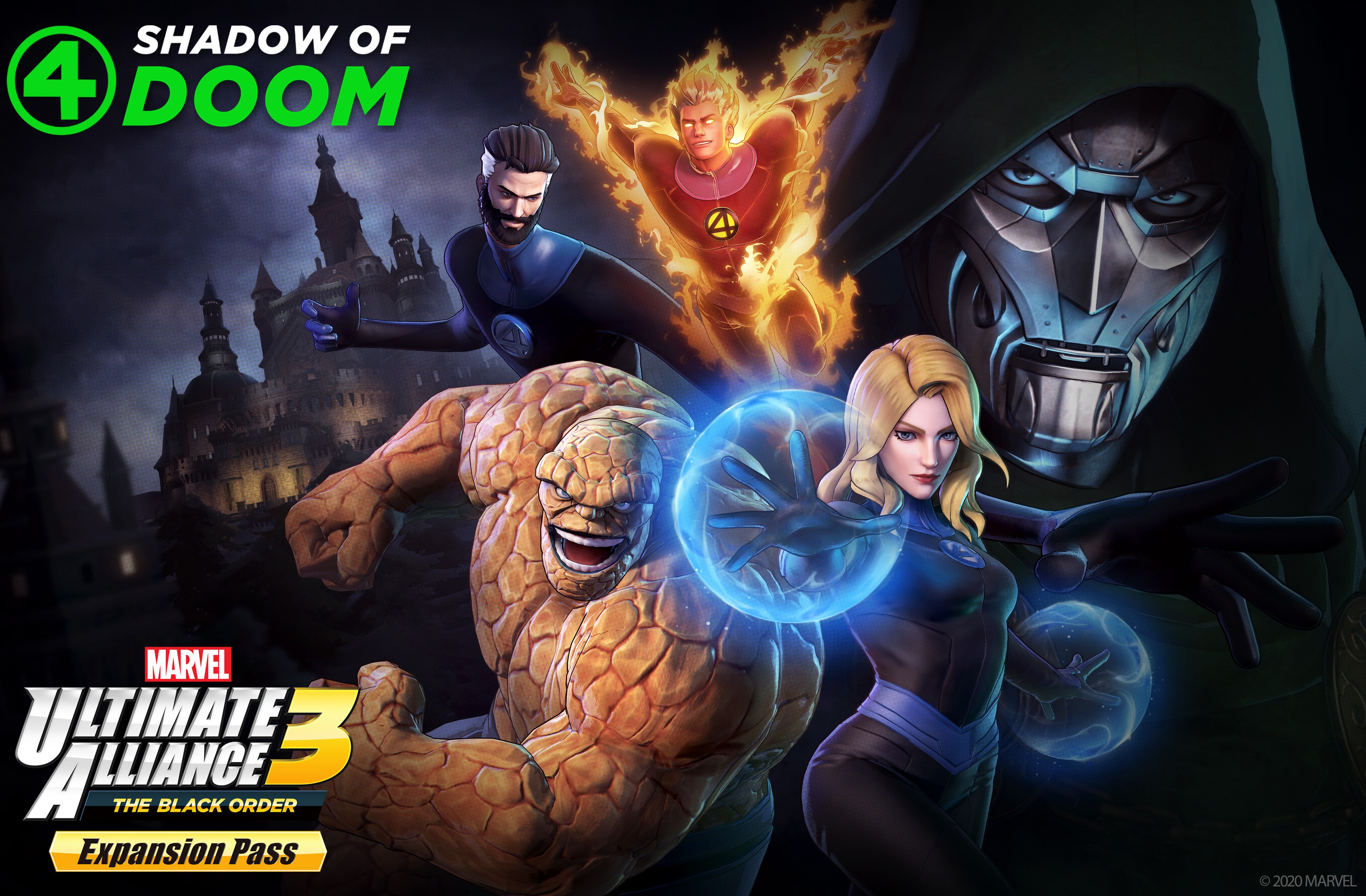