WarCraft III: Reforged may have been one of the most disappointing game launches in recent history, but Blizzard is seemingly ready to move on and focus more on the company's next big thing, the full-blown sequel to 2012's Diablo III. As a reminder, the fourth instalment was announced during last year's Blizzcon.

Yesterday, Blizzard revealed some pretty fascinating details on the upcoming game in the first of the studio's — reportedly quarterly — blog updates. "The Diablo IV development team has been hard at work since BlizzCon and we are all still incredibly energized by the response to our announcement and follow-up blog posts. We can tell you are all excited to see more info coming from the team and about how the game is coming together," Diablo IV Game Director Luis Barriga explained on Blizzard's official website.

In the recent update, Blizzard talked more about two elements of Diablo IV that haven't been discussed yet.

First of all, Diablo IV will fully support controller input on PC. While the project will work just fine with keyboard and mouse, using a gamepad apparently won't cause any major issues. "We wanted to give players the ability to switch between the two options freely, so our UI needed to be unified enough that swapping hardware inputs on the fly wouldn’t throw people completely off kilter. A unified UI means our layouts are more grid-based for ease of navigation, but it doesn’t necessarily mean an identical interaction flow," Blizzard explained.

The rest of Blizzard's notes are all about the Cannibals, one of the enemy factions you'll encounter during your own in-game journey. Unlike its predecessors, monsters in Diablo IV are classified into "families."

According to Blizzard, every monster has been reimagined "in a darker, more gritty art style. We have lovingly handcrafted every creature you’ll encounter from the ground up: that includes demons, NPCs, Act Bosses, and even the skittering critters you can crush underfoot. Though we still pay tribute to some hallmark gameplay—such as Fallen Shamans resurrecting other Fallen—we have completely reimagined things in other places."

"To have these creatures feel more sophisticated and robust, we designed them in what we call “monster families” and archetypes. Each family has a different combat style and feel. For example, the Drowned family has five members in various archetypes: bruiser, ranged combat, melee combat, swarmer, and dungeon boss," the American studio added.

While we're patiently waiting for Blizzard's future updates, be sure to take a look at the Cannibals today: 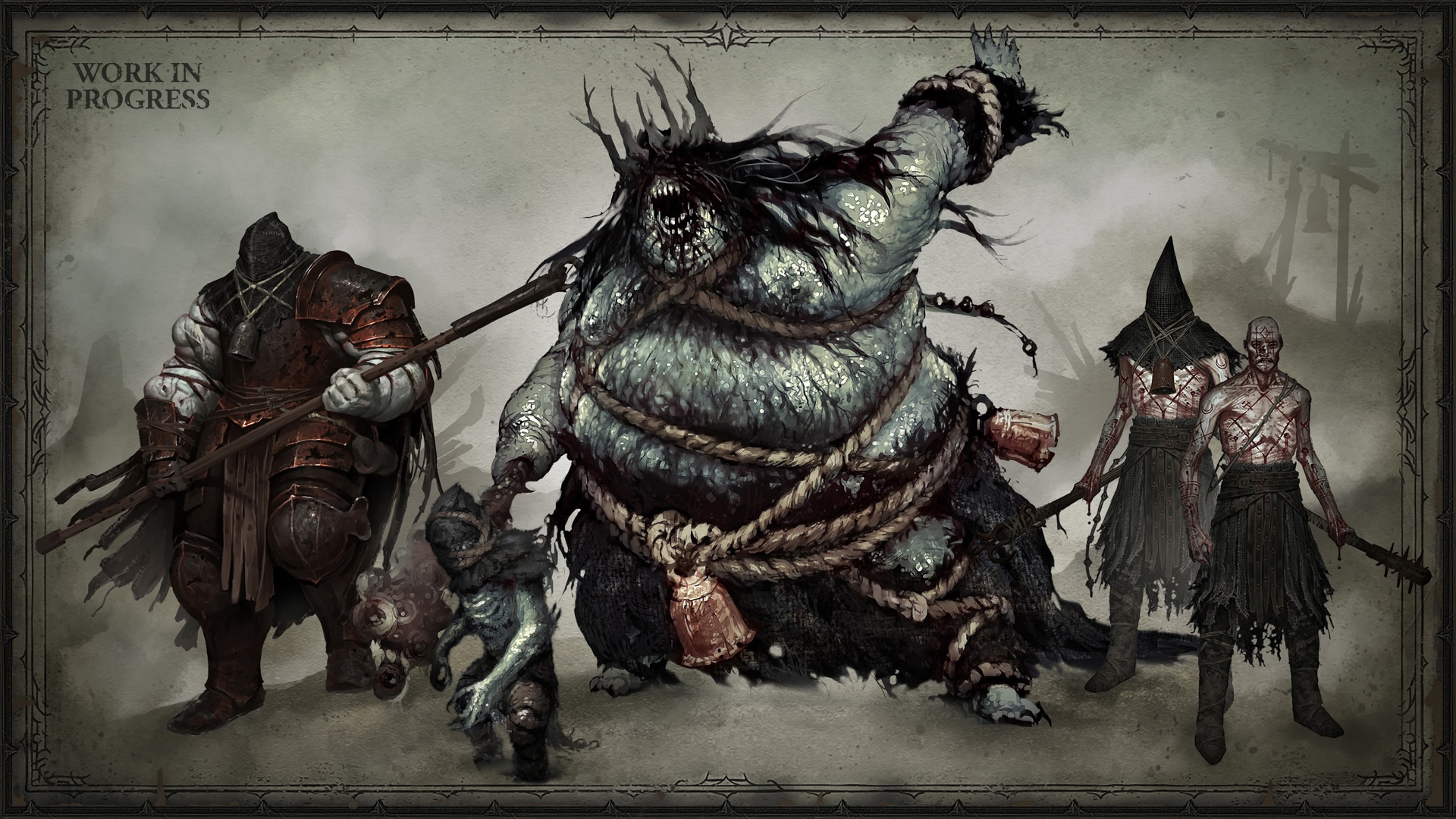 In Diablo IV, players will attempt to bring hope back to the world by vanquishing evil in all its vile incarnations—from cannibalistic demon-worshipping cultists to the all-new drowned undead that emerge from the coastlines to drag their victims to a watery grave.

Diablo IV is coming to PlayStation 4, Xbox One and PC.