Although the past few weeks have been rather grim, Square Enix is set and ready to make fans of Final Fantasy VII: Remake at least a little bit more happy, as the highly anticipated production will officially launch next month as planned.

Unfortunately, the situation is developing as we speak, which means that customers in some countries (most definitely those that have had a truly hard time dealing with the COVID-19 outbreak) may not get their copies of the remake on release day. "The worldwide release of Final Fantasy 7 Remake on April 10 will go ahead," Square Enix recently said in a statement posted on Twitter. "However, with the unforeseeable changes in distribution and retail landscape which varies across countries, it is increasingly likely that some of you will not get hold of your copy of the game on the release date."

"We are monitoring the situation on a daily basis and working with our partners, retailers and Square Enix teams across Europe and the Americas, to do everything we can to ensure as many of you as possible can play the game on April 10," the Japanese publisher added.

According to Square Enix, a special update on the ever-changing situation will be published later today.

To make the wait for Final Fantasy VII: Remake easier, Square Enix has released two action-packed TV spots for the jRPG, focusing on the action and story. Without further ado, be sure to check them out down below: 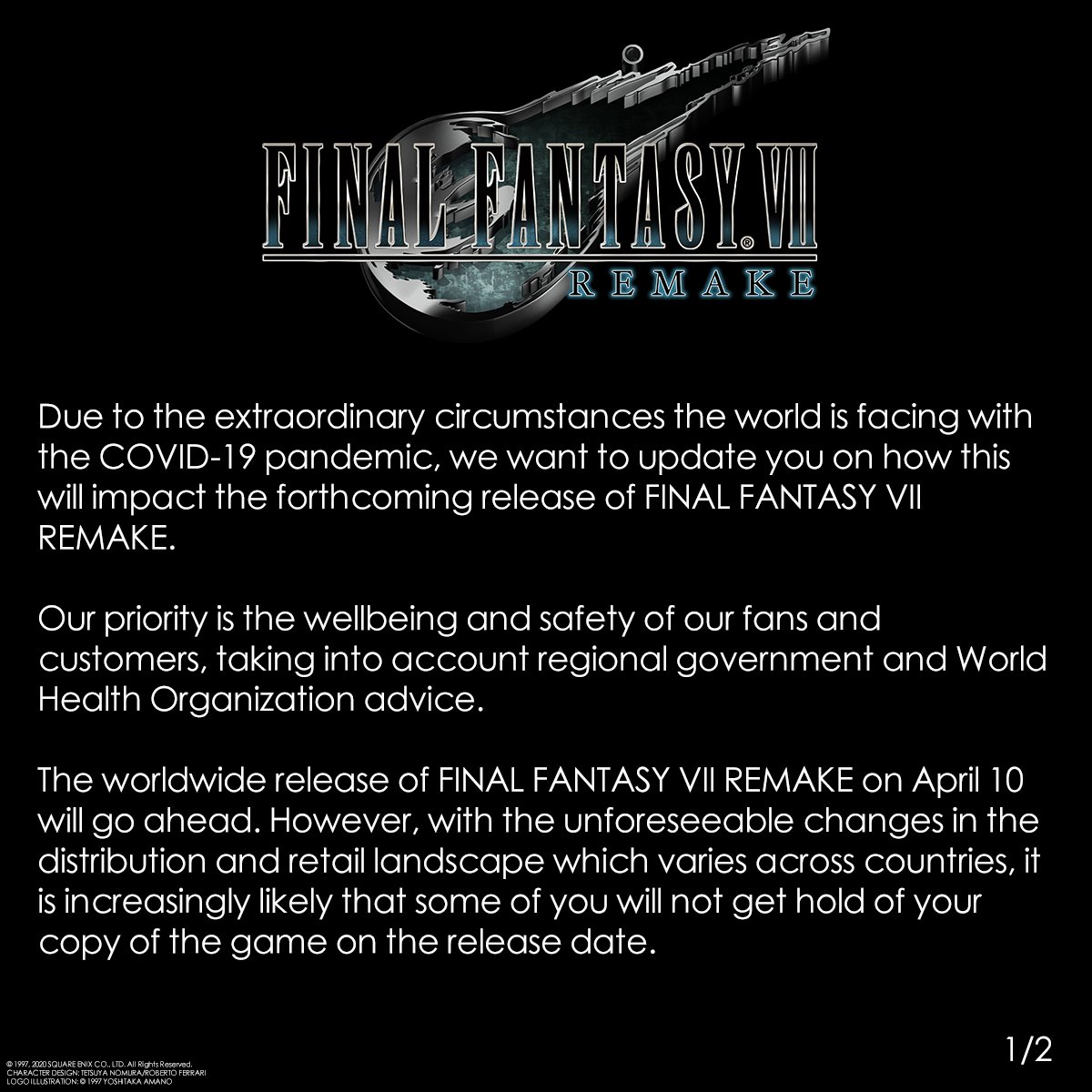 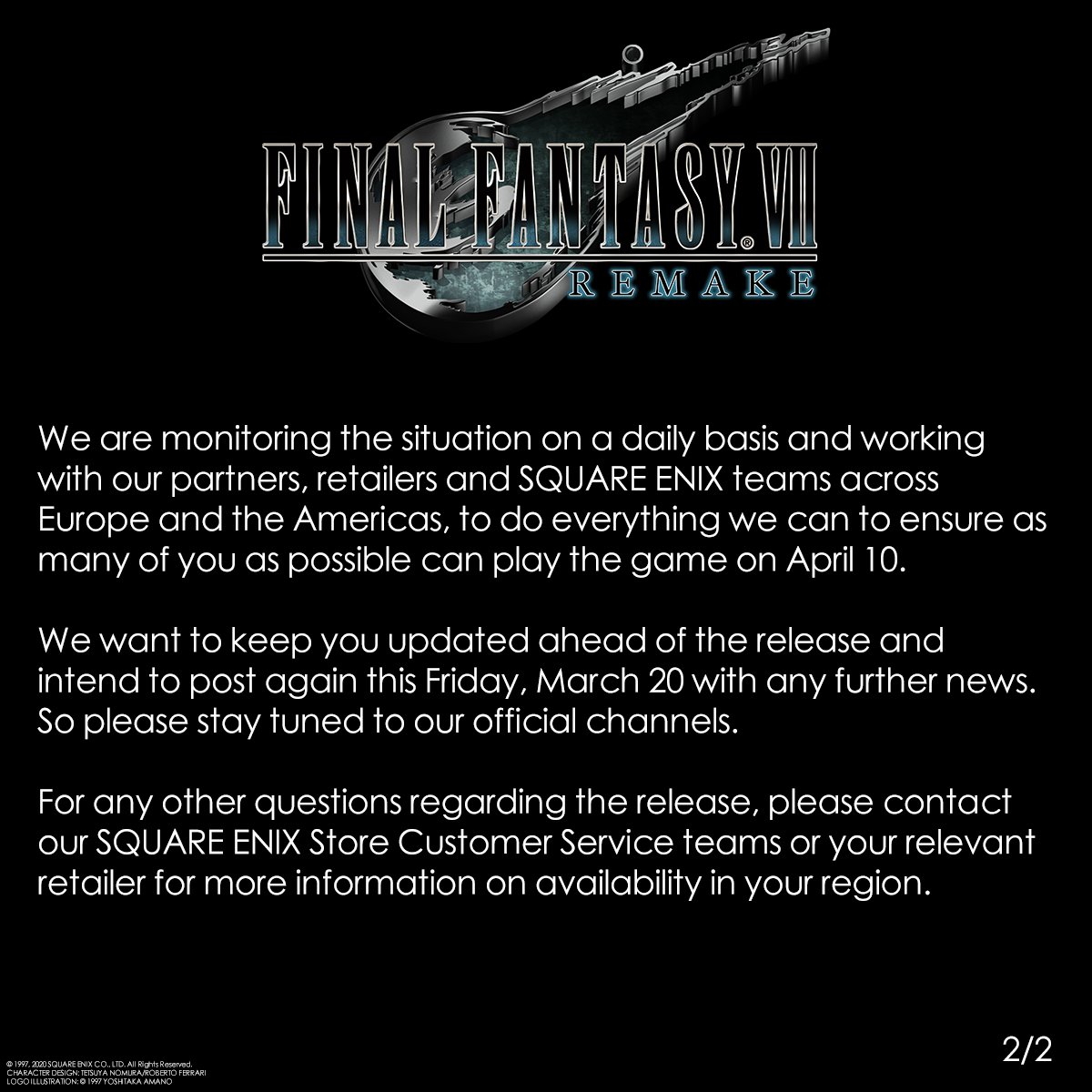