Chances are that Bruce Campbell's Ash J. Williams — the beloved protagonist of Sam Raimi's The Evil Dead and Ash vs Evil Dead TV series — will indeed join the ever-expanding Mortal Kombat 11 roster as an all-new DLC character. It sounds great, but keep in mind that NetherRealm Studios hasn't confirmed the news yet.

It looks like the prospect of Spawn coming to Mortal Kombat 11 was just too exciting for the team at Warner Bros. Interactive Entertainment. As noticed by Twitter user Taco, someone forgot to fix a mistake in a recent marketing e-mail that mentions "“ASH” character from ‘ARMY OF DARKNESS’ is licensed from Metro-Goldwyn-Mayer Studios Inc. ARMY OF DARKNESS TM & © 1993 Orion Pictures Corporation."

Considering that Ash was one of the nine DLC characters who had leaked online long before Mortal Kombat 11 even hit stores, it's safe to say that the fan-favourite anti-hero will join the fight sooner rather than later.

As a reminder, the Todd McFarlane–created Spawn is finally available to purchase separately in MK11.

Although we're still waiting for Ash's Mortal Kombat 11 debut, the zombie hunter is one of the playable heroes in Behaviour Interactive's Dead by Daylight — which will launch on iOS and Android on April 16. 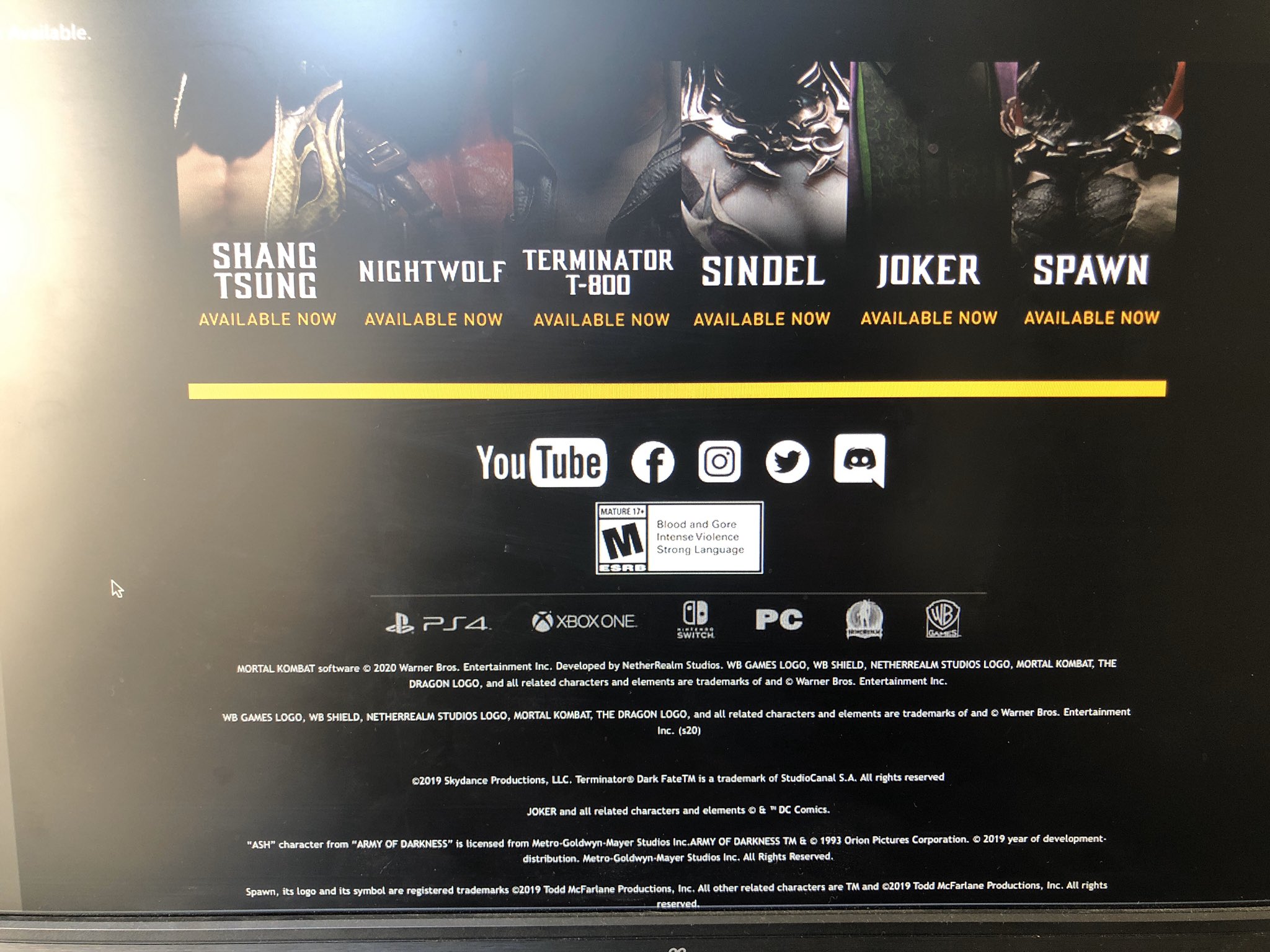 The all new Custom Character Variations give you unprecedented control to customize the fighters and make them your own. The new graphics engine showcasing every skull-shattering, eye-popping moment, brings you so close to the fight you can feel it. And featuring a roster of new and returning Klassic Fighters, Mortal Kombat’s best in class cinematic story mode continues the epic saga over 25 years in the making.