InXile Entertainment's sequel to Wasteland 2 is yet another video game that has been pushed back due to the ongoing COVID-19 pandemic, as the highly anticipated turn-based strategy will now make its debut on August 28, 2020. Wasteland 3 was supposed to launch on May 19, so we're looking at a three-month delay.

Despite the setback, Wasteland 3 will still be available for PlayStation 4, Xbox One, and PC when it releases.

"As with most companies, we have moved to a work-from-home environment some weeks ago, and that’s of course introduced new challenges that many of us throughout the world have been learning to manage," inXile Entertainment Studio Head Brian Fargo explained on Twitter recently.

"We’ve been excited to see the Wasteland 3 Beta so well received, but the reality is that with these new logistical challenges our release was going to be impacted," the legendary Fallout creator added.

If you're eager to play Wasteland 3, IGN has released an action-packed gameplay preview that should make the wait a little bit easier. Without further ado, take a look at Fargo's statement and said video down below:

We have an important update on Wasteland 3’s release date. pic.twitter.com/hiX1CygcUk 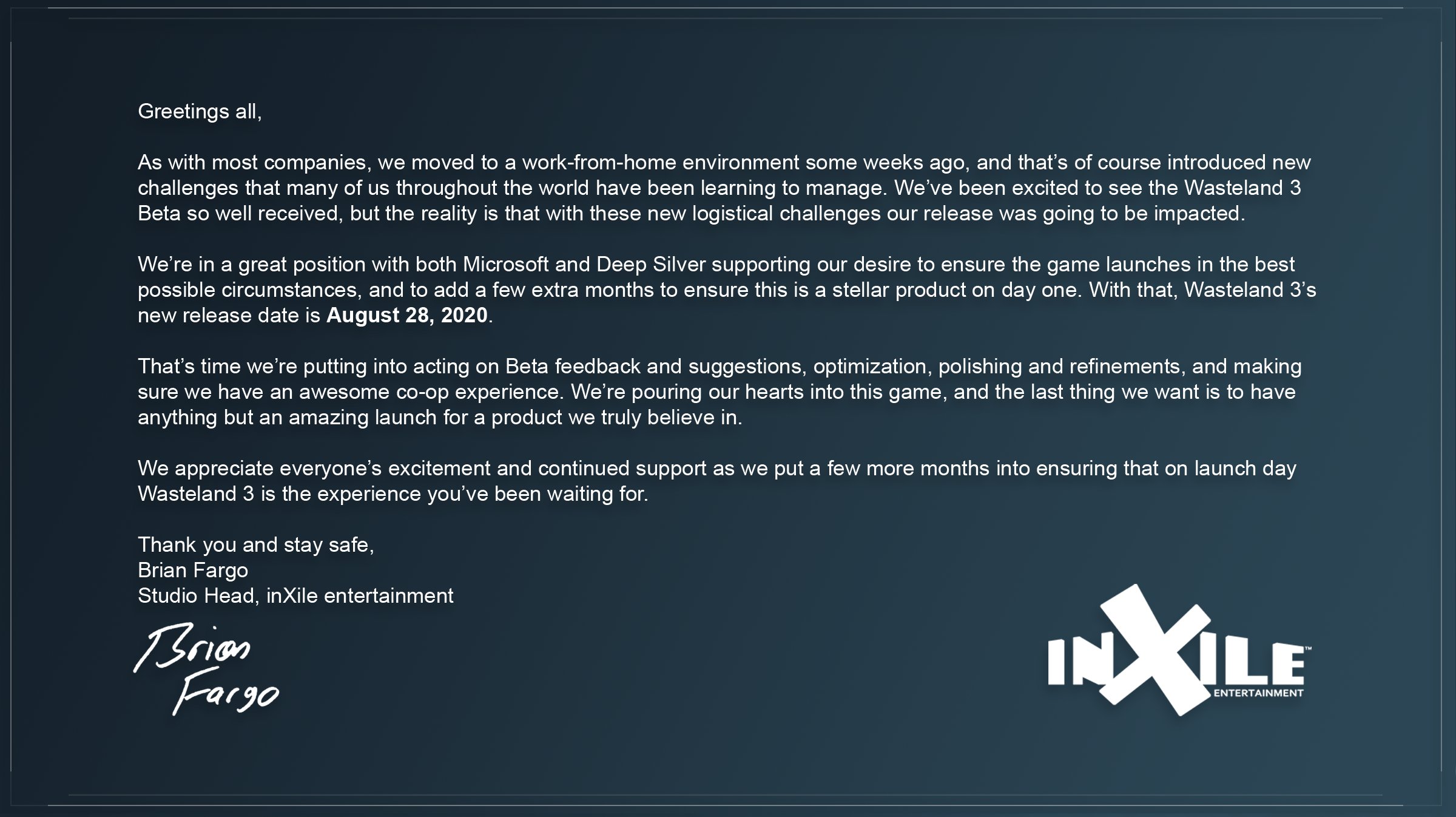 The RPG series that pioneered the post-apocalyptic genre returns with Wasteland 3. Following the critically acclaimed release of 2014 Game of the Year winner Wasteland 2, Wasteland 3 takes players from the radioactive heat of the American Southwest to the perpetual nuclear winter of Colorado.