As Square Enix's Final Fantasy VII Remake continues to draw critical acclaim, Bethesda has taken to social media to congratulate the studio on its success with a piece of artwork that sees the Doom Slayer paying homage to the 1997 classic. Quite surprisingly, Bethesda and if Software's take on the well-known Final Fantasy VII cover art might be as good, if not better, than the original artwork (and its reimagined version).

Funnily enough, both Doom: Eternal and Final Fantasy VII Remake are currently sitting at the very same critic score on review aggregator Metacritic — 87% — which is a tremendous achievement in and of itself.

Considering that Doom: Eternal has been selling better than any other Doom game in the franchise, it's safe to say that the all-new production will get a full-blown sequel sooner rather than later. When it comes to Final Fantasy VII Remake, Square has already confirmed that it's only the first entry in a multi-part series.

Although Doom: Eternal is now available for PlayStation 4, Xbox One, PC, and even Stadia — also coming to Switch at a later date — Final Fantasy VII Remake is a PS4-exclusive title, at least for a period of one year.

Without further ado, take a closer look at the full version of the stellar Doom: Eternal artwork down below: 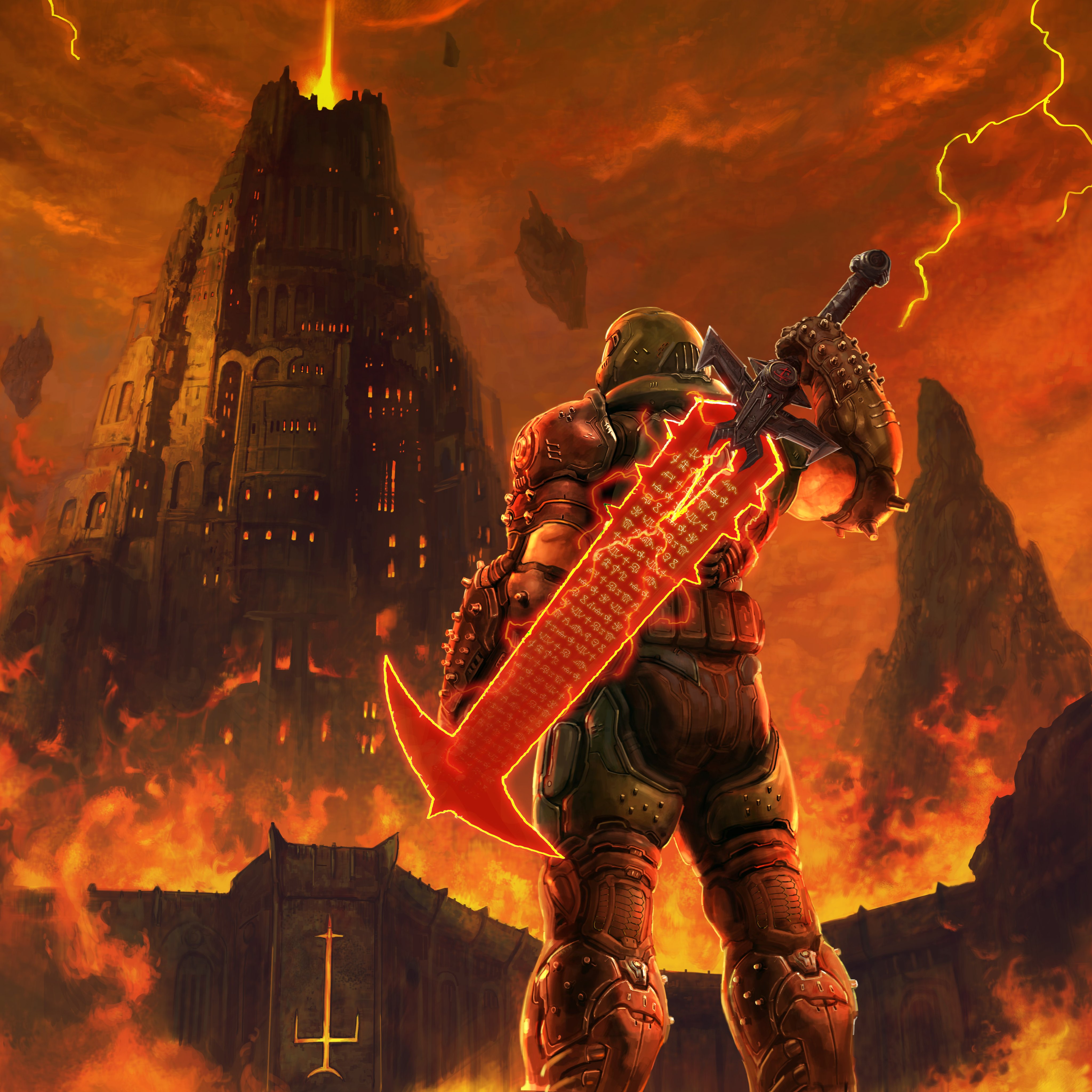 New Trailer for DOOM ETERNAL – THE ANCIENT GODS: PART ONE DLC Has Been Released Online

Connection Between GHOSTWIRE: TOKYO and DOOM: ETERNAL Has Finally Been Revealed

New Trailer for DOOM ETERNAL – THE ANCIENT GODS: PART ONE DLC Has Been Released Online

Connection Between GHOSTWIRE: TOKYO and DOOM: ETERNAL Has Finally Been Revealed