Nothing stops this train, as publisher Square Enix has proudly announced that it "shipped and digitally sold over 3.5M copies of Final Fantasy VII Remake" in its first three days, making it one of the fastest-selling PlayStation 4 exclusives in history. The current record-holder — 2018's Marvel's Spider-Man — sold 3.3 million units in its first three days of release, edging out God of War's "opening weekend" of 3.1 million.

According to Square Enix, the remake's "digital sales in particular have been very strong, and continue to grow." Considering that Final Fantasy VII Remake in not only a best-selling, but also an acclaimed title, it's safe to say that the beloved game's sales performance will remain strong for years to come.

Although Final Fantasy VII Remake is a huge hit, it probably won't become the best-selling entry in the long-running series anytime soon, as 2016's Final Fantasy XV sold more than 5 million copies on its launch day.

Obviously, it's worth remembering that Final Fantasy XV was originally released for both PS4 and Xbox One — its PC port hit stores in 2018 — so comparing their sales figures is kind of pointless at the moment.

Although Square Enix has not confirmed this information yet, chances are that Final Fantasy VII Remake will come to Xbox One and PC sometime next year, as it's a timed PlayStation 4 exclusive until March 2021.

We're proud to announce we shipped and digitally sold over 3.5M copies of #FinalFantasy VII Remake in 3 days! ?

All of us would like to raise our Buster Swords to say THANK YOU to everyone who has supported us during launch, we hope you’re all enjoying the game! #FF7R pic.twitter.com/4m93Op7O9I 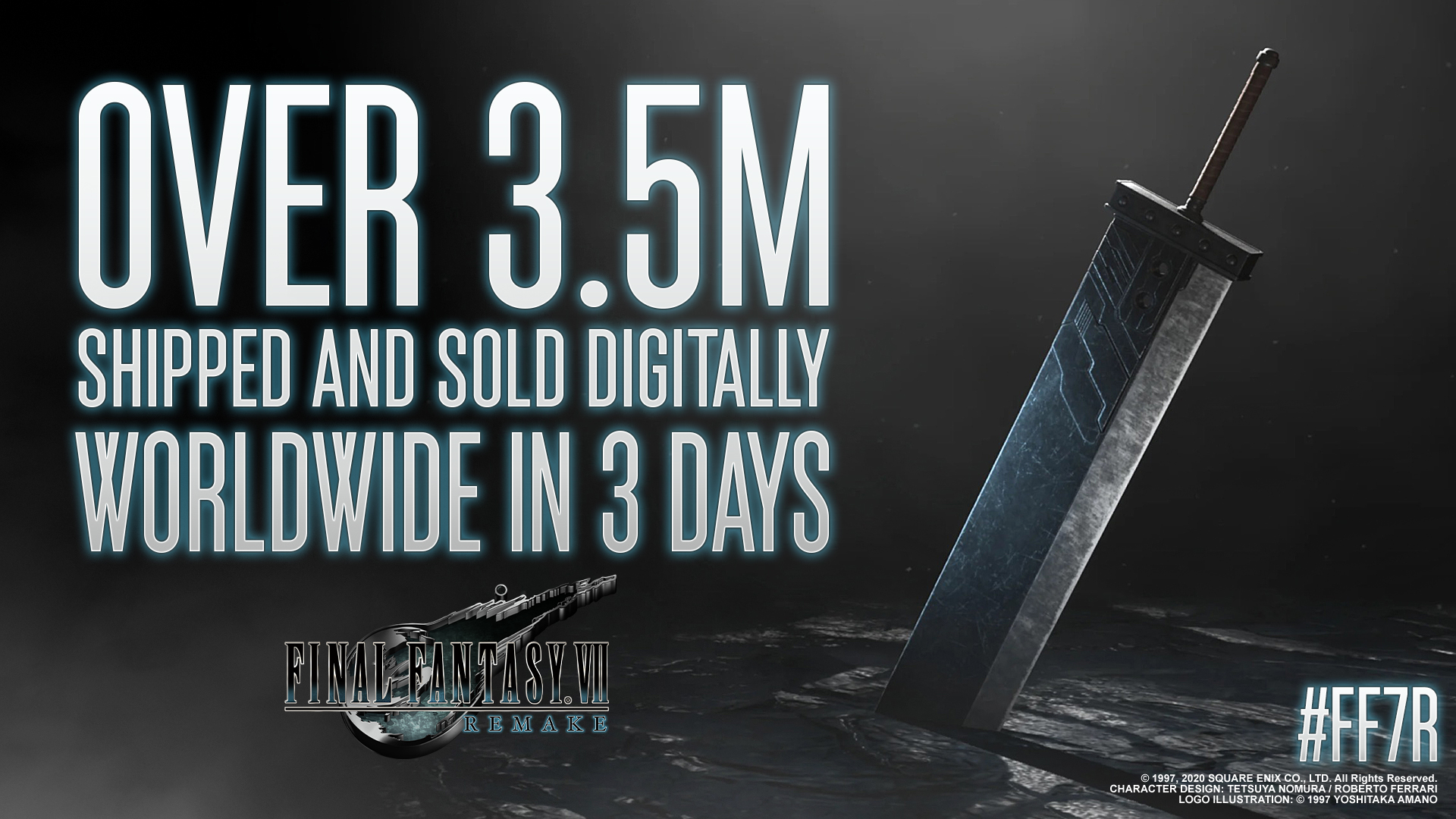 Tales from the Borderlands: A Telltale Game Series (ns)

SEA OF SOLITUDE: THE DIRECTOR'S CUT